Request a Quote    Ask a Question

Companies that build processing systems and facilities are continually looking for ways to improve efficiencies, reduce costs and improve processes. These days, with so much disruption in the market place, finding efficiencies is even more important. One way that companies increase efficiencies is by using modular process skid packages.

A modular process skid is a processing system built into a frame or module, allowing for easy transportation and integration into the final processing facility or application. Modular process skids are used in many industries, including oil and gas, petrochem, power, agriculture, food and beverage, pharmaceuticals, biofuels, and others. Process skids may contain just one part of a larger process, such as in a chemical plant or beverage manufacturer, or they may house a stand-alone process such as one that can plug in along an oil pipeline to regulate flow, or one used as a pilot plant, for example.  Other processes that can be found on modular process skids include flavor mixing, fuel delivery systems, centrifuge systems, distillation, and petroleum processing.

There are many advantages to skid construction. One huge advantage is parallel construction, especially in a large facility build; the process systems are built off-site while civil upgrades and overall facility construction can be performed at the same time, keeping the construction teams from tripping over each other.

Another benefit is security; if proprietary technology is used, the process skid can be built offsite, behind closed doors and in a secure location. Skid building is also beneficial if the weather is bad since modular process skids can be built inside buildings in more ideal construction conditions. Weather is less likely to disrupt the build, keeping it on schedule. Safety is also improved since the area can be controlled. This is especially true if the new process system is going into a working facility, where the new construction could negatively affect ongoing operations.

During turnarounds and shutdowns, building a process skid offsite is even more important, allowing the skid to be ready to install when the shutdown begins, alleviating safety and schedule concerns.

Some additional advantages include lower cost, shorter schedules, and the additional benefit of single source responsibility. Because of all of these reasons, modular process skid systems have become common in a wide range of industries.

Many industrial companies, both end users and skid builders, have found that TechLine Mfg.’s products are beneficial to their modular process skid. Companies have used Snap Track, TechLine Mfg.’s patented ventilated channel tray in their process skids. When Snap Track channel tray is specified in the design of the overall facility plan, using it in the process skid makes installation much quicker as it ties easily into the channel throughout the rest of the facility. Other TechLine Mfg. products used on skids include condensate pots, distribution manifolds, clamps, and custom brackets. Finally, companies use our instrument stands as they integrate the modular process skid into the rest of the facility. TechLine Mfg. products can be found on desalinization skids, power generation skids, pipeline flow units, and more. Let us know if we can help you with your skid project. 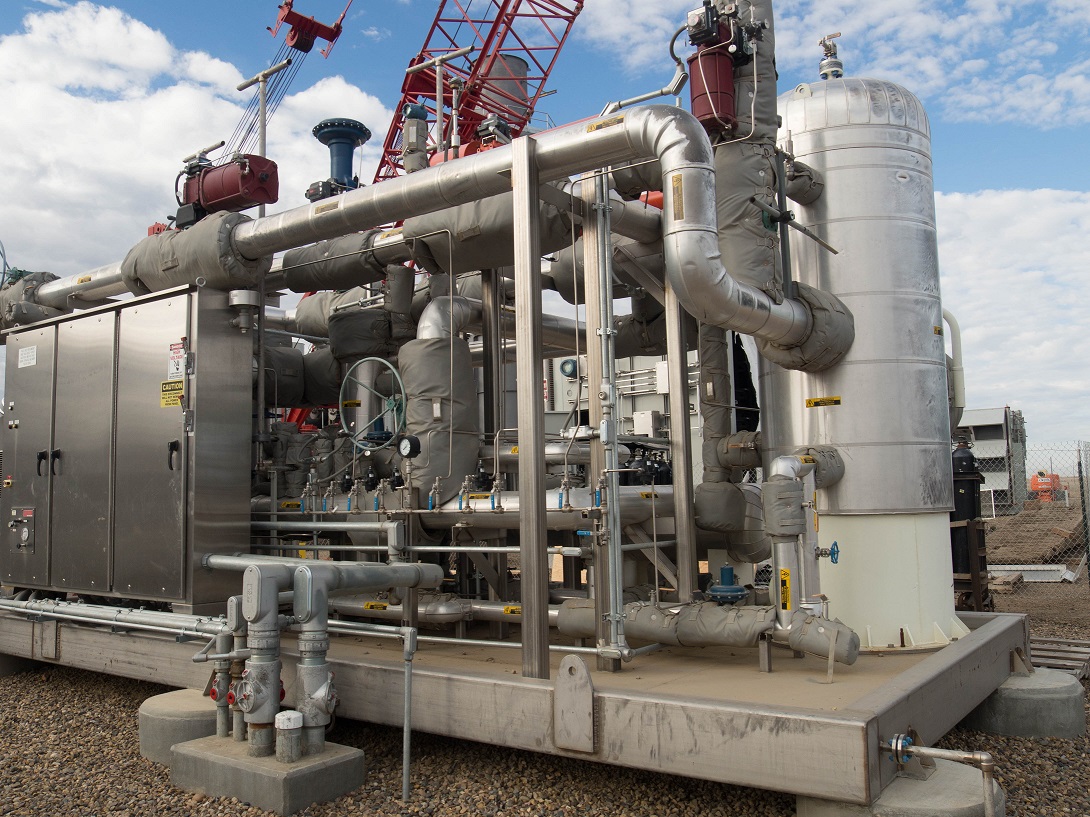 Request a Quote
Return to Archive